This is heavily-based on A Practical Approach to Large-Scale Agile Development that HP used for their embedded printer group of 400 developers to significantly improve productivity and value delivery.

Basically they setup the foundations of a Continuous Delivery pipeline

For Software Assurance, a number of automated checks should be incorporated into our CI/CT environment.

Levels e.g. L0, L1,...Ln (versus QE, SIT, ....) are used to convey what phase the testing happens in i.e. the name conveys there is a pipeline and it starts at development time

This is the real time test report dashboard available for L2-L4 tests. 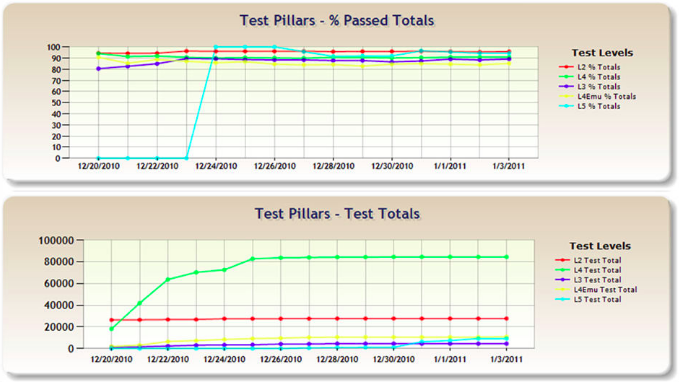 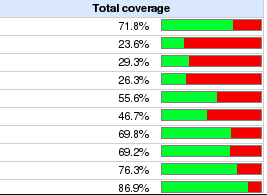 It is critical to have a common set of metrics that everyone tracks so all levels of the organization are on the same page.

Developers and Testers should have the same development and test environment to avoid the "it works on my machine".

If you are going to use automated testing and Continuous Integration (CI) to dramatically improve your productivity, you need to treat your testing investments as being at least as important, or even more important, than your development investments, which is a big cultural change for most organizations.

Ensure there is an overall full time test architect

Read Continuous Delivery before you make any significant investments in automated testing.

"The value in terms of that feedback, and the frequency of it, and the quality of it, to your developers can not be understated. If you look at 2 things we did that really dramatically moved the needle

"If you're doing an embedded system, you can't do all your testing on a product"